I’ve been reading a lot recently about the reality behind popular blog posts and how the lives of travel bloggers in particular are glamourised to get more likes and shares on social media platforms. Of course, it can’t be denied that some bloggers hide some of the truth to spare their followers from having to witness the boring or difficult side of perpetually travelling, like the long waits at bus stations and airports, uncomfortable rides in trucks and motorbikes, and sometimes more downtime than you know what to do with. 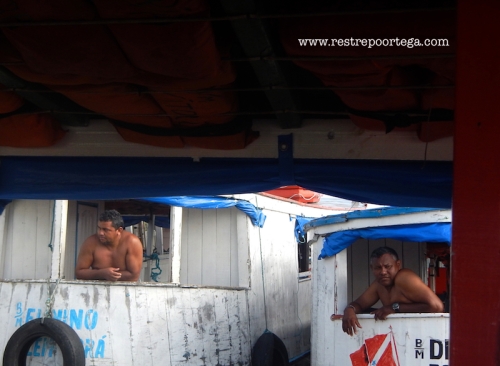 Although I mostly post pictures of the beautiful landscapes and cities I’ve visited—because they’re what I take away with me—I’ve tried to keep it real when describing my frustration during ridiculously long and uncomfortable boat rides, or with not feeling at home everywhere I land. I do this because I not only want to show what it’s really like to live a Nomadic Life, but because I’m merely documenting my travels through Brazil, not competing for likes (clearly) or wanting to make people jealous of my chosen lifestyle.

I’m actually living a pretty normal life, I just happen to be doing it on the move, on the road, in Brazil. I do normal things like worry about my safety (it’s messed up that I find this normal), which has put a damper on my ability to photograph many of the beautiful cities I’ve been in, because it’s not safe to walk around with a camera. I’d love to share what I see when I’m walking down the street, but sometimes all I can do is burn these images in my head and hope to never forget them; like the 17 year-old with a cart full of liquor in front of a comic strip piece of graffiti, or the man chopping up fish in a hole in a bright orange wall under the hot midday sun in Fortaleza. 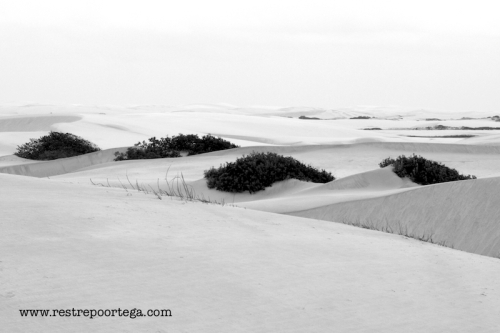 But life goes on, changing pace and rhythm, moving through the colours and smells and sounds that make up a city. The same things that made up my life in Colombia make up my life here: I go grocery shopping, I cook, wash, clean, wake up early, stream bad shows at night, worry about my budget, wonder when I can take a night off or spend the morning at the beach. Except here, I don’t have the comforts of home that make all these menial tasks much easier than they are on the road.

I’m also always on-call at work, which means it doesn’t matter if it’s Sunday or Tuesday or Friday, I need to be available. But in spite of the restrictions of a regular life, I do also have the privileges of a remote lifestyle. A couple of weeks ago, for instance, I travelled nearly 170 km south of Fortaleza to Canoa Quebrada, a town on the coast that’s been invaded by the French, the British, the Portuguese, and eventually, the hippies. The story says it was a Pakistani man who left the biggest mark on the small town by carving a crescent moon and star in one of the beachside cliffs—a symbol that still represents the town today. 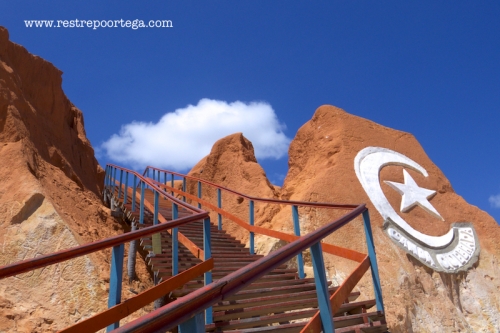 Although I worked every single day I was there, I always managed to take beach breaks and take some time in the evenings to taste the local food and smell the salty air. I loved walking around the cobble-stone streets and down to the beach, swimming in the rough water and admiring the Atlantic coastline from the high cliffs. It was great to escape the city for a few days and be closer to nature; it revitilised me  and made going back to Fortaleza pretty hard.

Besides my blog and other internet-based projects, I’m also doing work exchange at hostels; I already finished my work in Fortaleza, capital city of the state of Ceará, and I’m working at two more hostels in Recife and Natal. To stay on schedule, I was only able to stay a week in São Luís, the capital city of the state of Maranhão, a much shorter time than I would have liked. And I had so much work during that week (which I’m so grateful for, by the way) that I didn’t even have the chance to see much of the city or even go to the beach. And it’s understandable that these aren’t the type of things that we post as travel bloggers, because I’m not about to take a photo of myself working just to show you what I look like sitting down with my computer.

I know that if I only highlighted my days spent at the beach or in the jungle, my readers could easily think I’m living an idyllic life frolicking on beaches and visiting 400 year-old cities—which OK, I am doing—but it’s not all I’m doing. I’ve honestly spent most of the past two months sitting in hostels, on my laptop, working away while all the other guests go out sight-seeing, spending their days drinking beer at the beach or dancing in some reggae bar downtown.

Now, don’t get me wrong, I’m not complaining, though I wouldn’t complain about having more time to spend at the beach or walking through centuries-old cities built with colourful Portuguese tiles, either. But that’s the reality of My Nomadic Life: work still comes first, play second. And most days I’m too tired after work to do much else.

But then I think, if those are my ‘problems’, I definitely wouldn’t trade them for anyone else’s, and that’s the beauty of my life: it’s not just about travelling, about beaches and exotic meals, but about the freedom to choose the lifestyle that suits me best. And that’s what I think everyone should strive for: doing what you love and making it sustainable. Yes, I love to travel, I love to move around and learn about new places and people, but that’s not necessarily what everyone wants, or the kind of life everyone will thrive on.

So I think that rather than talking about the glamorous side of travelling (cuz it’s mostly not!), we should change the discourse to distinguish that we (nomads, if you will) don’t leave our stable lives to travel simply because we can, but because we must. And if you mustn’t, then don’t; if a nomadic, uncertain life isn’t for you, don’t go chasing it just because it’s ‘in’ or because you think it’s what you should do…according to the internet.

I believe at the end of the day, no matter what kind of life you choose, it’s the little moments that matter, the ones we should treasure, because it’s those precious seconds and images that add up to become days and weeks and months and years and eventually, our lives, so they should be worth it. For me, it’s walking down the street after dealing with some bureaucratic nonsense and seeing a wall of blue straight ahead—and realising it’s the Atlantic Ocean! It’s strolling along the beach on my way to the supermarket and seeing a girl skateboarding down the main street with a surfboard under her arm. It’s talking to people from all over the world on any given day, knowing something about this place brought us all together. 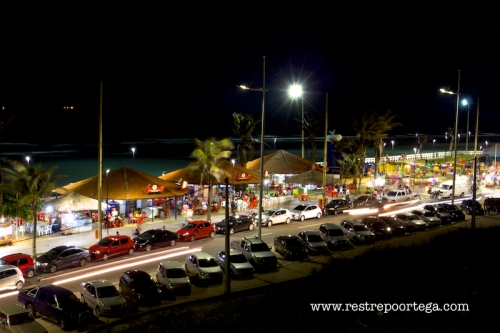 I love the path I’m on; I am constantly surprising myself on this journey with how much I’m learning—like when I have a deep conversation with someone in Portuguese and I think, ‘Wow, that just happened!’, or when I finally figure out which bus to take without asking every single person I see on the road—so I hope you keep following my travels through my photos and stories. And if you ever think I’m slipping in my portrayal of this journey, I hope you call me out on it.

2 thoughts on “My Nomadic Life: My Real Life”

This site uses Akismet to reduce spam. Learn how your comment data is processed.